a documentary film by RICCARDO BIADENE 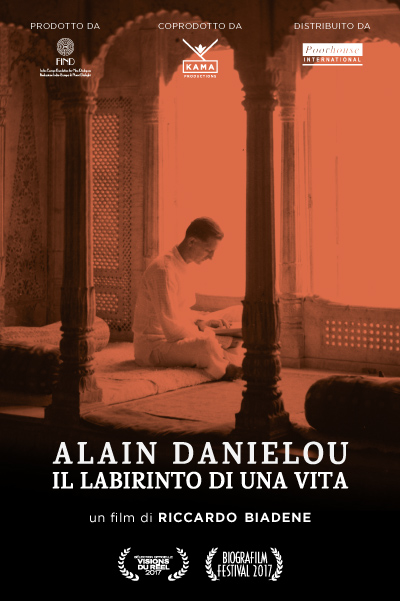 The extraordinary life of the man who brought India to the West.

An adventurous musical journey starting from Brittany, passing through India (Shantiniketan, Varanasi, Khajuraho, Bhubaneshwar, Chennai, Pondicherry), Berlin, Venice and Rome, following the story of the French-born Alain Daniélou, Indologist and musicologist who mainly lived in India between the 30’s and the 60’s. In Banaras (now Varanasi) Daniélou and his life partner, the Swiss photographer Raymond Burnier made the Rewa palace on the banks of the Ganga their home for 15 years. Here Daniélou became a Sanskrit scholar, converted to Hinduism, studied Indian classical music, learned to play the veena professionally and wrote books about Veda, Hindu philosophy and Shivaism.
Since 1950 Daniélou was the curator of the first world classical music collection for UNESCO. From the 60s, he returned to Europe, created the International Institute for Comparative Music Studies, first in Berlin and then in Venice. Alain Daniélou spent his last years between Rome, Lausanne, Berlin and Paris, his preference being for a large house hidden among the vineyards of the hills of Zagarolo, close to Rome.
Indian Music, Dance, Religion, Tradition vs Modernity, Sculpture and Philosophy are explored in this documentary through the eyes and words of Daniélou himself, and also with much reference to his autobiographic work, “The Way to the Labyrinth”.